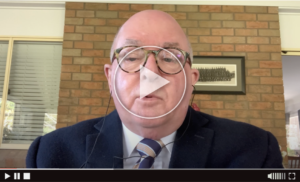 Brethren have spoken: The vote on governance

The Brethren have spoken. Last night, after the largest-ever participation in a vote of Freemasons Victoria members in living memory, the independent Vero Voting organisation confirmed that the ‘Yes' vote was carried for the Interim Governance motion for the coming 12 months.

991 votes were cast FOR the detailed proposals put up by VWBro. Robert Brennand and his Change Management Steering Committee. 627 votes against, and 47 abstained. This was, by far, the biggest-ever engagement of members in a vote that anyone can recall. It is a convincing and specific mandate for the interim arrangements for the 12 months ahead, commencing January 1. I was reminded, just this morning, that far fewer voted and by a narrow margin to establish the Freemasons Foundation.

I wish to thank the Committee for all its hard work to date. It required much listening, patient and polite discussion, and an ethic of real independence and balance. I also want to thank every one of the 1665 members who took the time to cast their vote, and to have their say. The size of the vote reaffirms that, together, we are bringing a re-ignited passion and involvement to Freemasons Victoria. Our fraternity is vibrant – and it's ALIVE!

This agreed-upon proposal is about looking forward. Some wanted to run a campaign about looking back, about what had happened in the past. I congratulate the Committee on keeping a disciplined focus, a real ‘Eyes On The Prize' approach.

So, where to from here? Freemasons Victoria will soon move from the Caretaker Governance to the approved interim model. The membership have voted to give a clear mandate for the next 12 months. In the coming 106 days before January 1, we are all going to be very busy. Every Freemason in Victoria will have the opportunity to cast their vote for members to fill roles on the Masonic Council and the Commercial Council. Those votes will include ballots held in our Lodge Rooms to maximise members having their say, right across the state.

We will swiftly engage expert personnel selection experts to identify possible citizen candidates for the three non-Masonic positions on the Commercial Council, and those who will join Masonic members on the board of the trustee company, Freemasons Victoria Holdings.

Now that the days of the scare and negative personal campaigns have run their course, and knowing that the members have had their say after months of vigorous debate, Freemasons Victoria can again be united in the way that it approaches its Masonic and Commercial management. The Leadership Team and the Council members will be working for ALL Freemasons, no matter how you cast your vote yesterday. Every one will have the opportunity to be seen and heard.

Over the coming weeks, everyone will be kept up-to-date with every stage of our progress. You will see advertisements for members of the Councils, you can nominate and vote. There will be much hard and diligent work in putting the interim proposals into reality.

Please remember that this is Step 2 – which is for the year 2022. During 2022, we will then have many detailed discussions of more permanent changes to our Constitution, to make it more relevant for the years ahead. We all want to ensure that every viewpoint, every idea, gets its due consideration. By late next year, we should be having our vote on Constitutional changes. That's Step 3 – and any Constitutional change decisions will be made on the floor of Grand Lodge, following our established rules.

Brethren, summing up, last night's vote was open to every Freemason in Victoria. A record turn-out participated. A clear majority voted on the preferred option. We move on from arguing the toss, to putting these important improvements into action. And we move onto the next important stages of discussion about our Constitution.

These are great, positive times for Freemasons Victoria. I am looking forward to being alongside you for the next part of our shared journey.

I'm Richard Elkington, honoured to be your Grand Master. 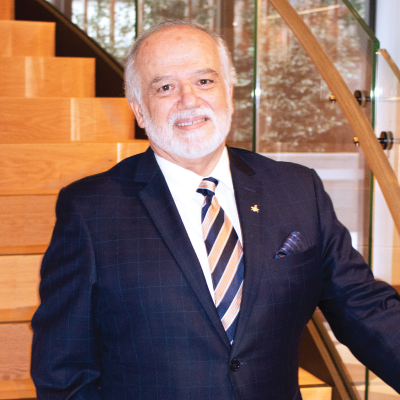